A few months ago, I was completely overwhelmed. My brain felt like it was on overdrive and I was having difficulty processing tasks and information. There were just too many inputs bombarding my brain. Too many meetings and events. Too many emails. Too many articles. Too many apps. Too many social media feeds. I couldn’t keep up and stay focused. I had reached a tipping point. Something needed to change. I knew I badly needed to reduce clutter and distractions from my daily routine. Several days after this realization, I began to track how I spent my time and paid close attention to those activities which caused stress and anxiety.

A week into this exercise, a number of things became abundantly clear. I was spending at least two to three hours a day on social media. Anytime I had a free moment, I’d reach for my phone to engage on Twitter, Facebook or Instagram. I’d often feel guilty because this time rarely felt productive and fulfilling. I also realized that more time in social media led to more digital clutter (articles to read, people to engage, companies to track). There was always a sense of FOMO (fear of missing out) gnawing at me so I was constantly checking my feeds throughout the day. It also occurred to me these apps took me out of the present moment. I’d constantly be thinking about my next post, stopping to capture that perfect picture, or ignoring whoever I was with. Worst of all, I realized social media was a vehicle to feed my ego, escape reality and flood my brain with quick bursts of dopamine.

Studies have shown the negative effects of excessive social media exposure and usage. This blog post does a nice job summarizing some of the early research conducted. Here are some of the findings presented. In November 2013, as many as 350 million people were addicted to just Facebook.Additionally, a group of researchers discovered a clear relationship between extreme social media usage and mental health issues such as depression.There also seems to be a direct correlation between social media and anxiety. According to a survey conducted by the University of Salford, 51% of users surveyed thought Facebook and Twitter had ‘changed their lives,’ for the worse. 45% responded by saying they feel ‘worried or uncomfortable’ when they cannot access social media. Furthermore, another study discovered that 73% of people panic if their smartphone is misplaced. My experience and the data illustrate we’re becoming slaves to our devices and social networks.

Once all of these stark realizations set in, I made the decision to detox from all forms of social media for the month of July. Cold turkey. I promised myself that I would stay away from any app that had a social feed. Facebook, Instagram, Twitter, Snapchat, Swarm, Strava, etc. were all off limits. I knew removing this clutter from my life wouldn’t be easy and would likely be stressful but I’d have more time to myself and a greater peace of mind. Several hours later, I deleted every social app off my iPhone. I then went to those sites on my desktop browser and logged out of each service. I had crossed the point of no return. I was finally disconnected from the social web.

Not surprisingly, the first few days were a challenge mentally. I had feelings of loneliness, boredom, mild depression and FOMO. A bunch of questions raced through my head. What are people talking about and sharing? What posts, articles and companies am I missing? Who is trying to get in touch with me? How am I going to be effective at work? It was evident that I had become heavily dependent upon social networks for information, interaction and self-validation. There was suddenly a big void in my daily routine. That first weekend, I felt disconnected from the rest of the world and had no clue what was going on outside of my little bubble. I was on an island. While my brain was craving that sweet burst of dopamine from online interactions, I continued to remind myself that these withdrawals would likely subside after the first week.

I even noticed some unexpected behaviors during the initial withdrawal phase. For example, I tried to rationalize why I should still be able to use certain apps like Strava to track my workouts. I also found myself reaching for my phone at least a dozen times daily to post an article, a picture or a specific thought. That behavior was clearly hardwired in me. I also began to notice that I stopped taking photos because I couldn’t share them. My news consumption also shifted. I began to rely upon traditional media sites and aggregators for such as The NY Times, Wall Street Journal, Nuzzel, Hacker News, Launch.co and Techmeme. Most surprisingly, I no longer wanted or felt the need to use my phone because I couldn’t engage online with my friends and followers. My iPhone quickly morphed from a personal device to a work device. The shift I experienced was fascinating.

A week into the experiment, my anxiety and old behaviors began to slowly fade. Even though I was disconnected, I was enjoying the reduced stress and clutter in my life. While I was still on edge, I didn’t mind the void because my world was noticeably slowing down. Additionally, I still had the urge to post and engage online but the cravings weren’t nearly as strong. My FOMO was still present because information is a currency in technology and venture capital, but I didn’t let it get the best of me. I began to rely upon more in person conversations and phone calls to stay on top of work and the venture market. During this period, I gained confidence that life without social media was possible and could be both enjoyable and productive.

When I reached the fifteen-day mark, I had noticed a profound change. I was much more present. My anxiety completely disappeared. I stopped thinking in tweets and visualizing photos to post. I had developed a fresher mind. I stopped comparing myself to others. I no longer felt the desire to reach for my phone throughout the day. In fact, my phone usage decreased by more than fifty percent. I went from taking a few dozen photos each day to none. The phone no longer was a crutch for my boredom. I was becoming more productive and focused with my time. During the second week, I also noticed that I was usually two to three days behind on big national headlines but didn’t seem to care. I was late to hear about movements such as Black Lives Matter and Pokemon Go. Frankly, the FOMO I had experienced only weeks ago was now virtually gone. I was embracing my transformation and enjoying my new mental state.

One morning in the third week of July, I had a major breakthrough. While meditating in Washington Square Park it suddenly occurred to me that I no longer needed others to validate my ideas, pictures, things I read because the validation was coming from within. In that moment, I felt completely free from my dependence upon social media to help me feel smart, witty, creative, etc. Additionally, all of the clutter, negative emotions and old behaviors no longer weighed me down. I had finally reached the outcome I was hoping to achieve when I decided to experience life without being tethered to social networks.

Studies suggest it takes twenty-eight days to start and break a habit. Based on my experience over the last month, I think there’s some validity to that claim. Even though I had undergone positive and unexpected changes throughout July, I missed engaging online with friends, sharing ideas and discovering new content. As the end of July approached, I was excited but a bit anxious jump back into products like Twitter and Instagram. I contemplated the following questions. What if I just remained disconnected? How do I introduce these apps back into my life? How do I use them in a healthy manner going forward? Should I use them at all? Can I control it?Despite some hesitation, I was ready to start over, give it a try and develop healthier habits.

On August 1st, I dipped my toe in the water and downloaded Twitter. I decided to start slowly and evaluate how I felt after a few days. As soon as I opened the app, the feed was both overwhelming and intoxicating. I was amazed by the speed of information (and reminded how many people hate Trump). I was bombarded with articles, ideas, quotes, images and infographics. Interestingly, I consumed more information within the first ten minutes than the previous few days. It was exhilarating. Three days later, I reinstalled Instagram and recalled how much I enjoy sharing photos and seeing other people share their lives. Twenty-four hours later, I posted my first photo of a sunset in Santa Monica. I felt connected to the world once again.

Since my social media detox ended, I’ve been trying to build good habits and moderate my usage but still find myself reverting to old behavior. I’ve avoided spending large chunks of my time within the apps but find myself checking Twitter during brief pauses throughout the day. I’ve also tried to set limits on how often I tweet or post a picture. Despite these protocols and the very best intentions, I caught myself falling back into old behaviors over the last few days. Not only was I taking more photos but I also found myself checking my phone when I was tired and bored. Just like the old days. Perhaps my social media detox didn’t change me as much as I thought it would. Perhaps I’m no longer enlightened. Perhaps I’m just a social animal and can’t resist connecting with others online.

Despite my rocky relationship social media, these products have brought me a tremendous amount of pleasure, entertainment and utility over the years. They’ve helped me forge new relationships and maintain old friendships. They’ve enabled me to be effective at work and access an endless amount of information. They’ve even helped me grow through self-expression and exploration. It’s hard to ignore the impact that it has had on my life and career. In closing, my social media detox has taught me a tremendous amount about myself and human behavior. The process has been a good reminder moderation is necessary for a happy life and behavior change isn’t always as easy as it seems.

Sleepwalking Through Life in a Digital Haze

Before I headed for the door, my attention zeroed in on my iPhone like a heat seeking missile. It called out to me. Pick me up. Don’t leave me behind. Take me with you. A few weeks earlier, I’d made a commitment to reduce my screen time, and 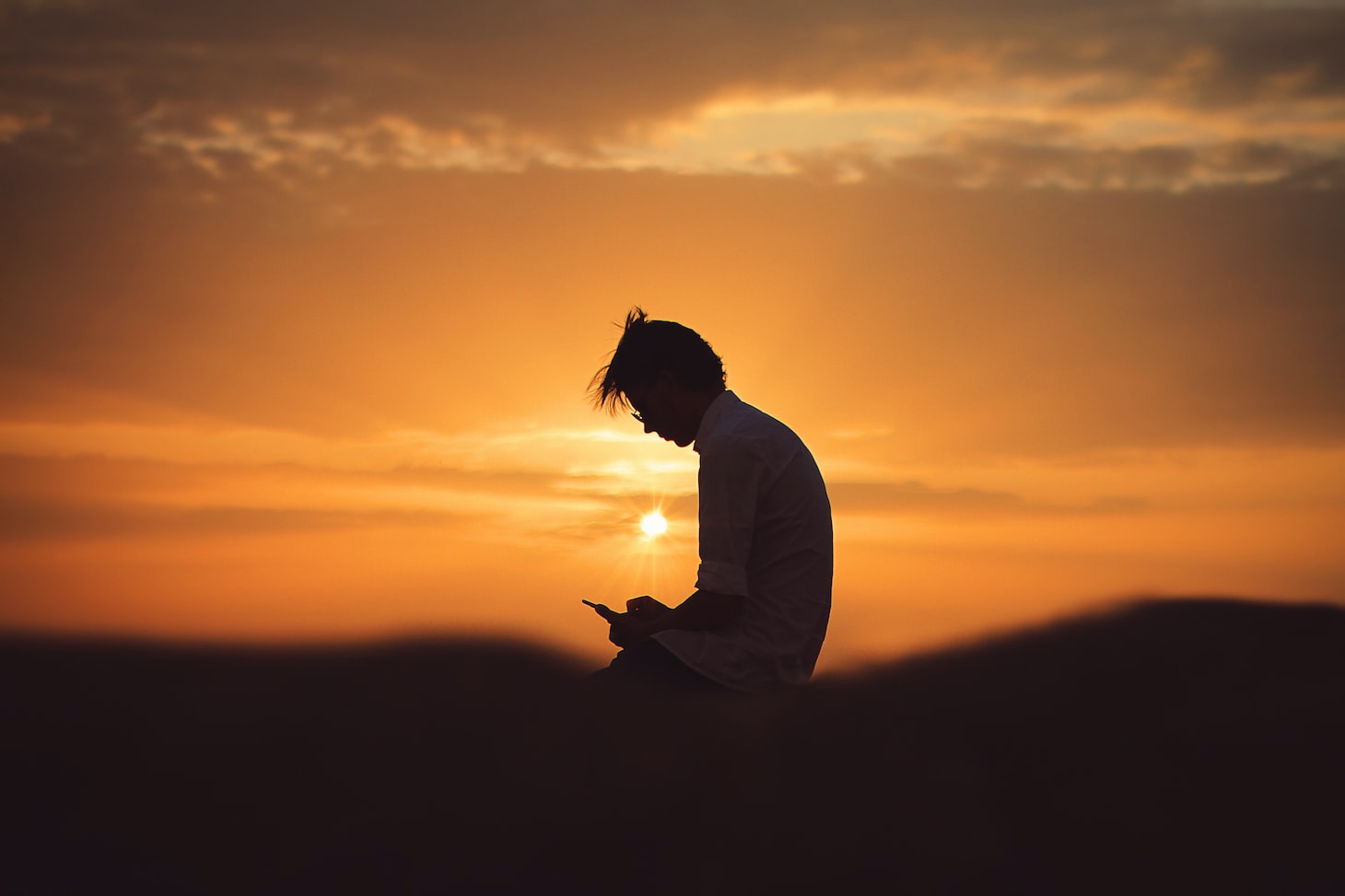 I wrote this post four years ago but didn’t publish it for a variety of reasons. Every word written below remains untouched and unedited all these years later. As I celebrate my fifth anniversary today, I thought it would be a fitting milestone to finally share my initial road 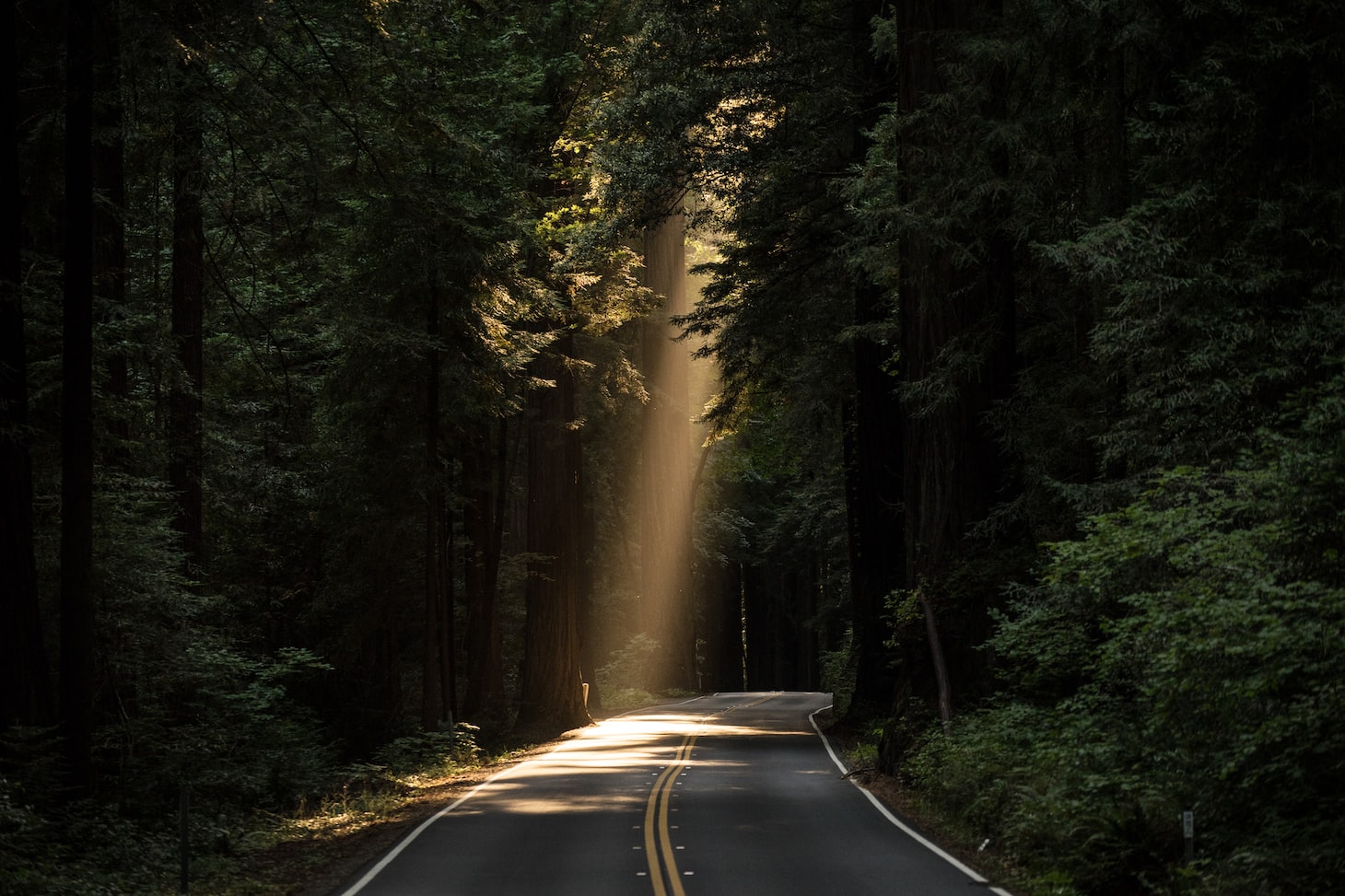 The Power of a Digital Pause

Since I’ve been in quarantine, I’ve been hooked on my devices. In fact, it feels like my iPhone has become an extra appendage. It follows me wherever I go, even in bed sadly. Despite my best efforts at times, I’m addicted. That’s not an exaggeration. Late 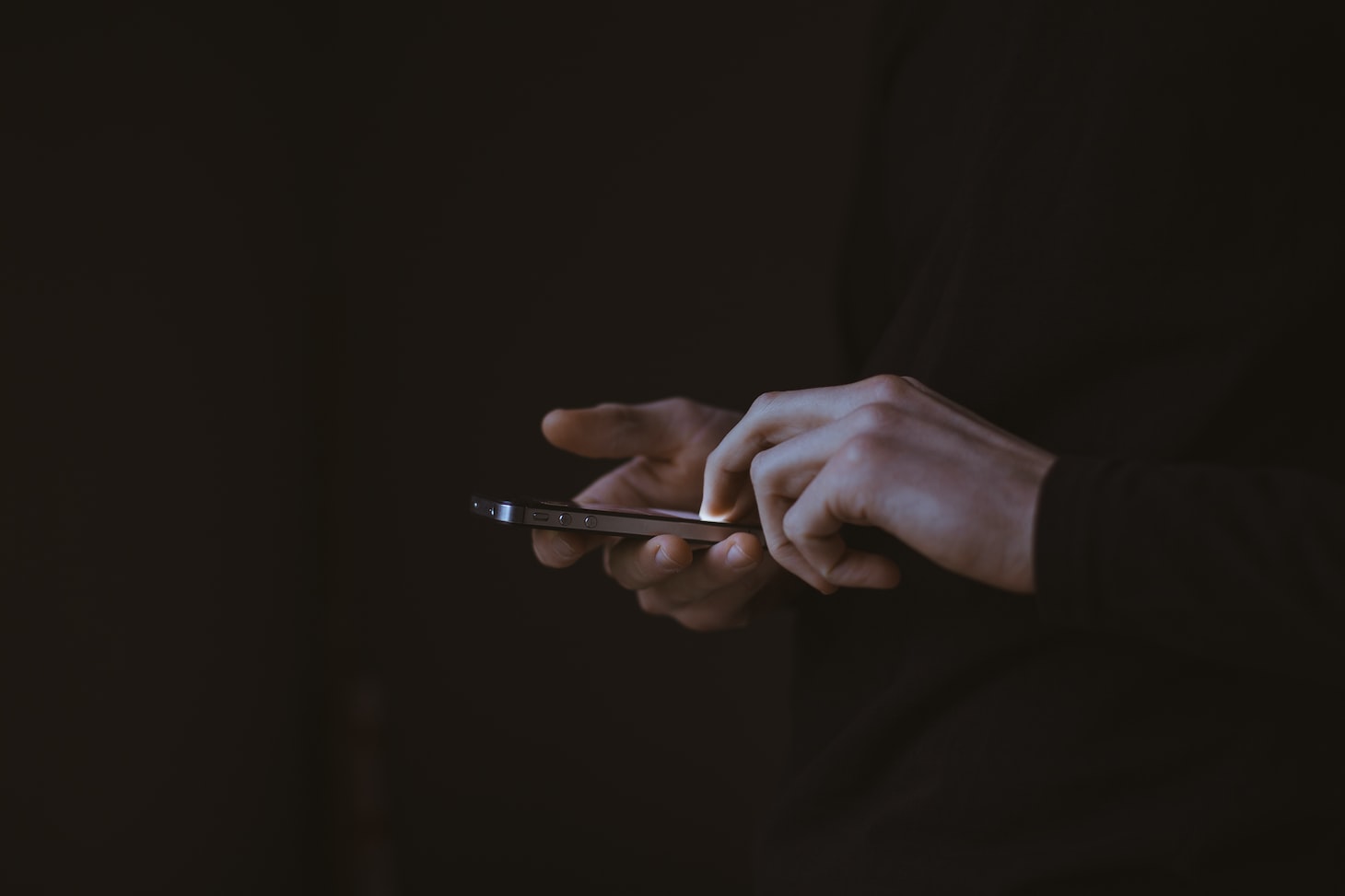